As well as a high labour cost to do the weekly water run, the possibility of stock running out of water on this 15,000 hectare property was a constant source of concern 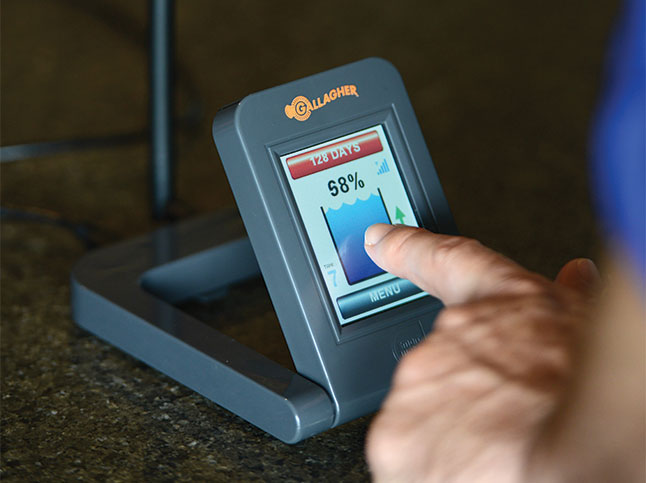 Completing the 80-kilometre water run on Dunblane Station through 30 gates used to take David Counsell half a day — without doing any other activity.

“Dunblane is 15,000 hectares in Central West Queensland, and in summer, I’d do the water run twice, if not three times a week, so it was up to a day-and-a-half work per week in its own right. That’s a really high cost, and I wanted to decrease that cost in my business.

“Secondly, even if you are checking your water regularly, it doesn't mean a breakdown can’t happen half-an-hour after you’ve just left that water point. If you don’t get back there for three days, it will be a disaster. I’d had a couple of near misses with stock running out of water — it's a sick feeling.

“Sometimes the breakdown might be something you can’t fix straightaway. It mightn’t be a case of just mending a broken pipe and turning the pump on; it might be a broken windmill, where you’ve got another couple of days of mustering to respond to it.

“We’ve got five bores on Dunblane, and we’re probably one of the earlier adopters of poly pipe systems, which means that we’ve got a lot of old fittings. So we’re likely to have breakdowns and be exposed to the consequences.”

“On top of being acutely aware of the really high costs of checking waters all the time, I needed more confidence in knowing the status of all my water systems.”

David researched several options before settling on the Gallagher Wireless Water Level Monitoring System. He has nine tank units (with seven on water tanks and two on urea medicating tanks) attached to the one display unit, which sits in his kitchen.

“I chose this system because it’s a one-off cost when you buy it and looked quite hardy. It’s been in for nearly two years now and there’s no maintenance — and I can’t see any reason why it won’t be going in 10 years time. Neither are there any ongoing costs, so I’m not paying, in effect, for the system over and over again.

“I’ve got nine water points and while I have a coffee in the morning, I can know whether all nine points in the system are working properly or not. The display unit has to be central to where you’re living, so ours is in the kitchen, right next to the phone — so you actually have to look at it. While I’m looking at my diary and planning what I’m going to do for the day, I can just tap the screen and there’s the information.”

“The system gives me a lot of confidence. I’ve already had a couple of breakdowns that the system’s detected, but they’ve turned out to be incidental because I was able to respond accordingly; for instance, I was able to plan my response and get other jobs done while I was up that end of the paddock. Because you know something has broken down, you also have time to think about what might have gone wrong before you get got there to diagnose, this means you can think about which gear to take, and all those sort of things.”

“And that’s because we’re confident the system is telling us the right information, and the livestock are getting a drink. Decreasing the amount of time we’re checking the waters has huge benefits in terms of time and labour efficiency.”

By using monitors on top of two urea water medicators, David says he also has increased confidence in the correct timing of nutrient tank refills.

“So instead of having three days of no urea going down the pipeline, I can actually make sure that when the urea tank is low, I re-dose so that there’s no stoppage to the livestock.”

David finds a further labour efficiency in having the Gallagher Wireless Pump Controller. “I can turn the pump on and off that runs one of my tanks — and that’s very handy. Most of the time it runs automatically, but not having to leave the house on a cold winter’s morning to turn a pump on is pretty handy.

“Even for a water tank and pump that’s half a kilometre from the house, the pump controller saves time and money. If you’re constantly going down to turn a pump on at the yards, or the one that runs the house, or you’ve got to turn it each time you want to water the garden, that’s just another job. It’s all these little things you need to rid your life of if you want to be labour effective.

“Knowing when you’ve got a problem early on, before it becomes an emergency, is really, really important. That’s why you need these systems in place. The way I looked at it was if I bought one or two systems and they didn’t work, then I wouldn’t have really done much cash. But as I installed each unit, I quickly started realising the benefits, so I just kept buying them until I had all my water systems and points covered.

“The system has resulted in labour and cost efficiencies, along with the confidence of knowing the status of drinking water for livestock at all times and at all nine points.”

“Decreasing the amount of time we’re checking the waters has huge benefits in terms of time and labour efficiency.”