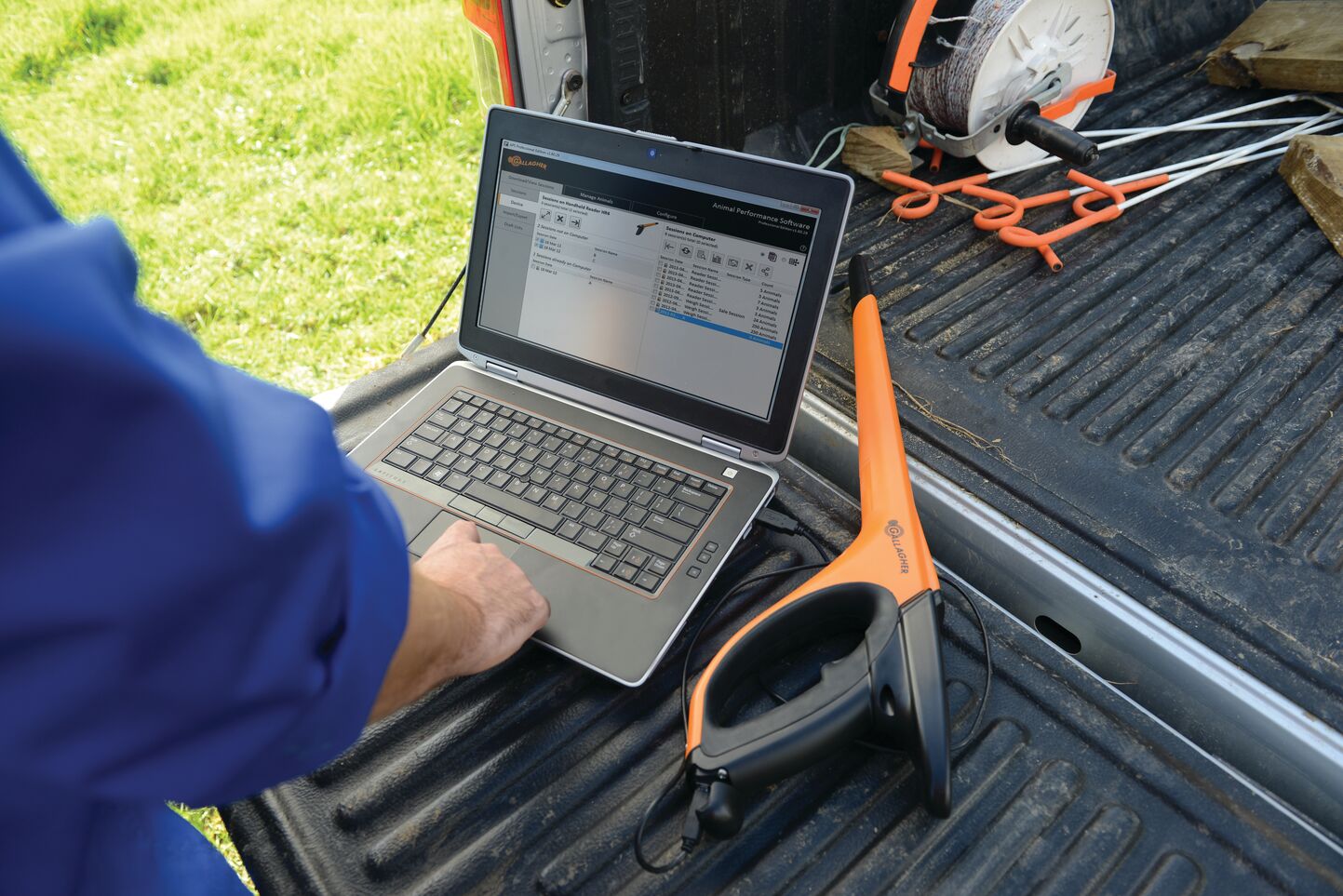 Farmers who are not adopting systems to regularly record animal performance data may find it challenging to demonstrate the true value of their business and risk “getting left behind”. This is a key message from our New Zealand Territory Managers Mark Maitland (Canterbury) and Tom Fitzgerald (BOP) on the company’s recent Power to Farm podcast.

Mark says farmers collecting data about the performance of their animals will not only help them run a first-class operation, it will speak volumes about the value of their livestock and the land on which they farm.

“Weighing and EID technology enables farmers to collect data from weights to genetic traits, over generations of a herd,” says Mark. “That data is setting them up to tell a valuable story about their operation, not only here in New Zealand, but also to customers in overseas markets. Right across all sectors, we’re seeing an increasing number of farmers realising the value of data and better record keeping. It is important in terms of telling a farmer’s story and demonstrating why they are market leaders. It can add huge value to their operation.”

While some farmers find weighing their animals a chore, Mark says the right animal performance monitoring system and a good set up can make all the difference. “The first thing to understand is what your goals are. Is it just weights and growth rates you’re wanting to record against EID tags, or are you looking to record more detailed information about DNA, genetic traits and keep track of vaccinations and things like condition scores?”

Weighing animals regularly helps inform decision making for optimal animal performance. But when farmers start looking at weighing data alongside genetic data, Mark says it can be a game changer. “We have one customer in the deer sector who is a leader when it comes to using this technology. They record genetics and pedigree information against the EID tags of each animal, along with velveting performance. It allows them to focus on what genetics they want to advance and select their highest performing animals. All that data is gold for their operation.”

Tom says a good weighing system pays for itself when used in operations like dairy grazing. “Many dairy graziers get paid based on achieving certain weight gain targets. They need to know exactly how their clients’ stock is tracking and any changes they need to make to their feeding regime. A good weighing system is key for work like that. It’s difficult to make crucial management decisions if you don't measure your animals’ performance. Hard and fast weighing data can tell you if an animal is not performing and then you can do something about it.”

Mark and Tom agree that the key to hassle-free weighing is a good system set up that is fit for purpose. They have seen both gold star set-ups that translate into an enjoyable, seamless weighing process, and others that simply cause frustration.

Cattle crushes sitting on uneven dirt or aggregate can cause problems. Failing to secure load bar cables or load bars sitting in moisture is an absolute no, no. “It’s the little things that matter, like removing moisture around the load bars and having them on a nice flat surface,” says Tom. “Set up your weighing operation so there is easy stock flow through the weighing area. It can all help prevent headaches you don’t need.”

Getting the most out of the data you collect starts with ensuring it is stored safely and securely. Tom has seen farmers with years of valuable data stored in one file or in a text book, which is a risk if it all disappears or gets destroyed. He encourages farmers to make sure they record their data electronically, back it up on a cloud-based system and ask for help if necessary.

Mark says farmers needn’t be intimidated by the technology. “A large a big bull finishing block I work with uses an auto crush with panel reader system. This set-up allows them to weigh large volumes of stock monthly, with less interaction from the farmer disturbing the animals and less stress on everyone. When you see systems set up well, farmers enjoy weighing and it can almost become a one-man operation.”

For farmers thinking about upgrading or purchasing their first weighing system, Mark and Tom’s advice is simple. “Just get hold of some weighing and EID equipment in your hand, and you'll find out how easy it is to use,” says Tom. “I think a lot of farmers find the idea daunting, but I encourage them to try it out and have a play. They won’t look back.”

“When you see systems set up well, farmers enjoy weighing and it can almost become a one-man operation.”