Using cloud technology for an easier weigh of life 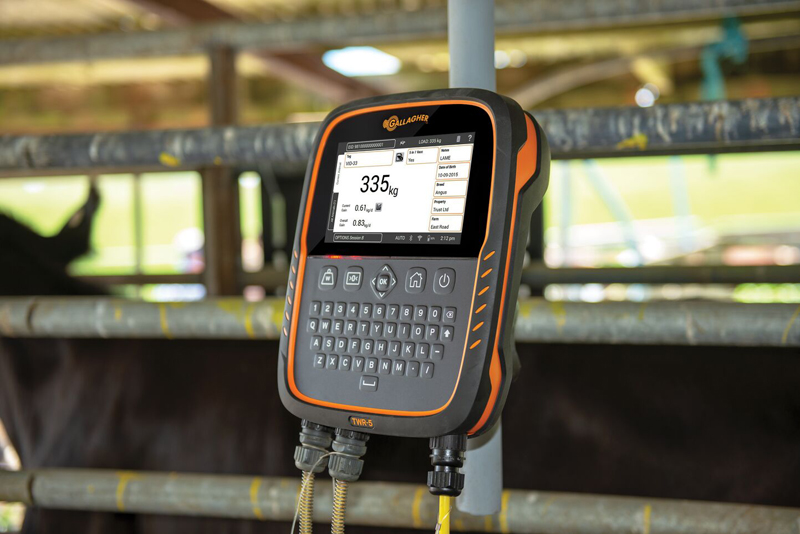 Taking on a family farm with over seven decades of success is no walk in the park! So, when Kim Sherriff and her husband Mat took over her family farm “Rotomate”, located in PioPio, New Zealand, ten years ago, it was imperative to keep that success alive. They started by making some changes to get the farm up to date with Gallagher’s new tech.

Rotomate is 1150 hectares of rolling to steep hill country with plenty of fenced off pockets of native bush. The Sherriff's run 3000 Romney ewes and 150 breading cows (mainly Hereford Friesian or Angus Friesian). They grow out their progeny, as well as finishing around 550 Friesian bulls a year.

Mat, who has taken the lead for most of the day-to-day farm management, started off with a 20-year-old weigh scale with a manual dot matrix print out. This meant manual data input into an excel spreadsheet, which is hugely time-consuming and leaves room for errors.

Keeping a close eye on the weights of their stock is important so the Sherriff’s know that animals are being fed correctly, and it makes it easier to pick up if an animal isn’t doing well or is sick.

“If you don’t measure, then you just don’t know what’s happening on farm. We measure everything we can here. Hitting our liveweight targets is vitally important. If we don’t hit those targets, we run the risk of not selling out cattle at the right time, which directly affects our bottom line.

When they made the move to Gallagher’s TWR-5 Weigh Scale with an integrated EID reader Mat saw benefits immediately, especially with the included EID reader and the compatible cloud-based Animal Performance web and mobile platform.

The Animal Performance web and mobile app is more than just a PC-based platform, it now has a mobile app, which Mat says he looks at more regularly than on a computer. This means that all the team at Rotomate can easily sync data to the account and Mat can check the results in Gallagher’s easy to read weight gain graphs from his mobile app - whether he’s on or off the farm.

“I can push the sync button on my mobile app and instantly see what our guys have been up to for the day. Because our unit has WiFi, we can instantly upload from the yards, straight to the cloud,” he says.

“The app gives me a live weight gain graph instantly - It’s green for good and red for bad. I can also tell how much [weight] they’ve been putting on straight away.”

Mat says gathering data is so important, and the Gallagher TW unit paired with the Animal Performance web and mobile app is paramount to analysing data to make more informed, data-driven decisions about his animals.

“I can push the sync button on my mobile app and instantly see what our guys have been up to for the day. Because our unit has WiFi, we can instantly upload from the yards, straight to the cloud,”