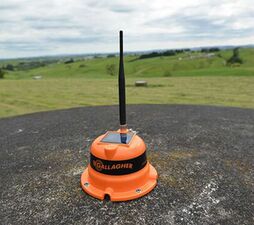 “It’s a one-off payment with no ongoing costs, so that was a positive. But also it’s expandable. Our plans are to add a pump controller and another tank monitor. You can easily add that to it, to make it even more efficient. That was a good thing, you buy it and then you can keep adding to it over time.”