Western Australia’s Murchison Shire is a rugged region, where iron in the soil doesn’t agree with computers. Producer Andrew Whitmarsh needed a robust, cost-effective livestock-productivity recording tool that allowed him to measure exactly what he required. He found it in a Gallagher TWR-5 Weigh Scale, Data Collector & EID Tag Reader. 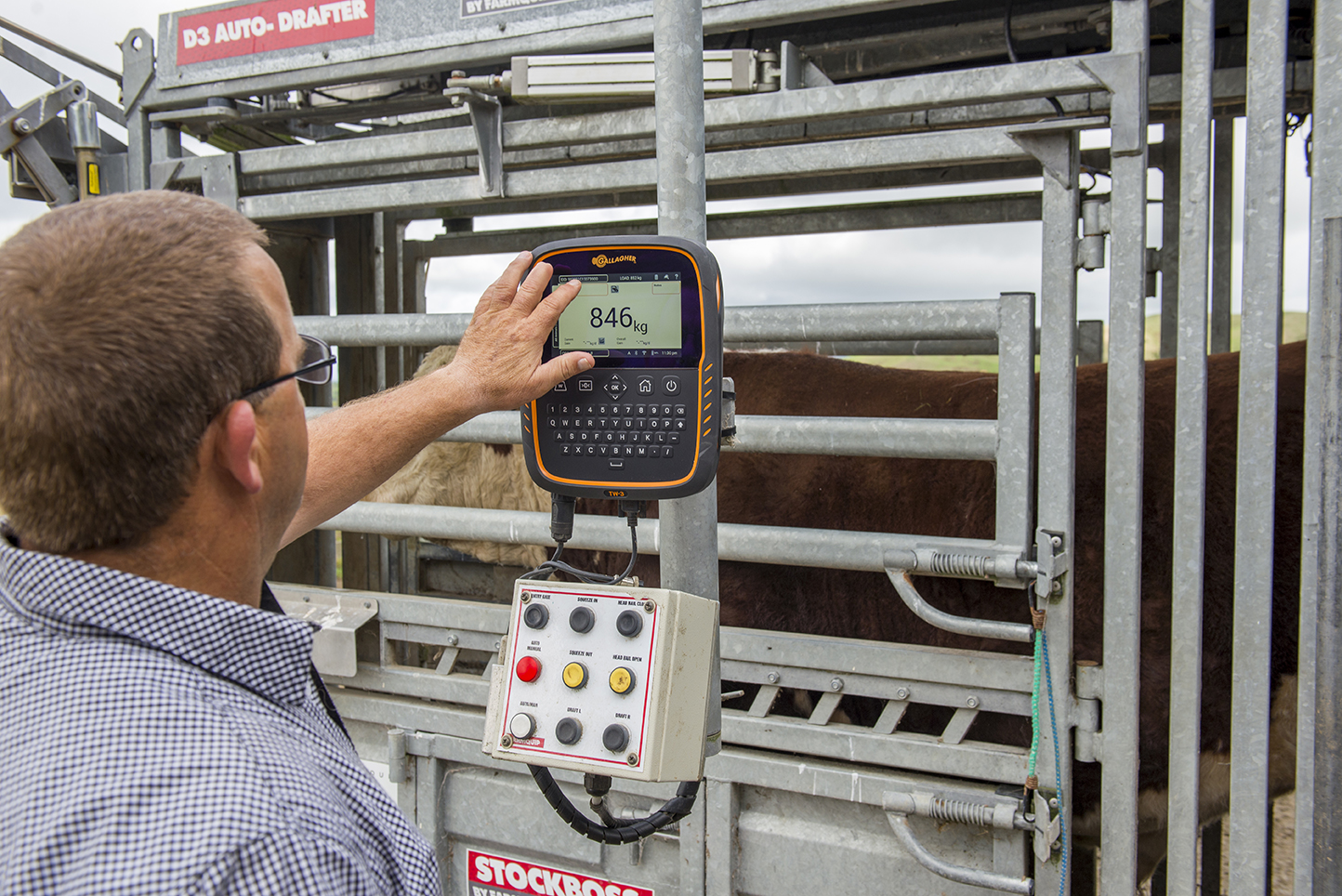 The Whitmarsh family runs Santa Gertrudis and Droughtmaster cattle, with a few Angus and Limousins, over 379,485 hectares (937,000 acres) across “Byro” and “Ballythuna” stations.

Further south they run a 2,106-hectare (5,200-acre) farm at Dongara, which they bought in 1997, having begun the family business in Pemberton. Andrew ran the Dongara beef operation after completing his business degree.

He says, “Most of the bulls go on to export – to Israel or wherever the market is at that time – but everything else we sell on the local market.”

Andrew, who’s president of the Murchison Land Conservation District Committee (LCDC) and chair of Rangelands Natural Resource Management (NRM), says, “We had some rain in March, but the last decent shower here before that was about eight years ago, so we’re only about 35% stocked at the moment, with around 1,300 head.”

He says while it’s not too difficult to pick weights visually when cattle have been on good grass, it gets hard in harsher conditions.

“It’s a skill, but it’s not always accurate. It’s not too bad when they’re nice and sappy, but once the season dries off it can be especially hard to pick cattle weights.

“Up here on the station, we were really just going by eye; weighing them was non-existent."

“So that’s hard when you’re aiming at weights for export markets, or even to get them up to a certain size where we can wean them off and then send them down to Dongara for a short period until they’re ready to go."

“In the reasonably good times, we’d aim for around 250-280 kilograms upwards, but in tougher times we’ve been bringing that weaning right down to about 150kg, just to take the pressure off the mum. Again though, judging just by eye is difficult under these conditions.”

While they use the top-of-the-line Gallagher Livestock Manager TSi at the Dongara farm, the Whitmarsh family wasn’t looking for that depth of detail on the stations.

“We’d been looking for quite a while at different software that was around, but most of them had to use a computer – a laptop, or a tablet. So then then you’re running into issues with the dust and whatnot. There’s a fair bit of iron in the soil around here, and that doesn’t really agree with computers!”

“Recording data is straightforward. It’s very easy to use – pretty much anyone can use it, no matter how technically skilled you are. Also, it’s quite a tough little unit, the robustness is just what we need, and the type of information we record in it suits our needs very well.”

“The TWR-5 links up with the scales, so it gives us the option of setting the scales up off our trap yards, because our aim is to have trap yards over most of the waters. So you can just do a draft when you’re trapping and do the data recording then.”

Andrew, who is the North Murchison regional co-ordinator for Carnarvon Rangelands Biosecurity Association, as well as the deputy president of the Shire of Murchison, says while he knows customer support is available, he’s only needed to use it once.

“I spoke to our Territory Manager, Chris Pitts, on the phone not long after we got it, but that’s the only time I’ve actually had to ask about it. It’s just very straightforward.

“Recording data is straightforward. It’s very easy to use – pretty much anyone can use it, no matter how technically skilled you are. Also, it’s quite a tough little unit, the robustness is just what we need, and the type of information we record in it suits our needs very well.”