Checking water levels has never been easier for David Southwell of “Caroda Station” at Bingara, NSW. 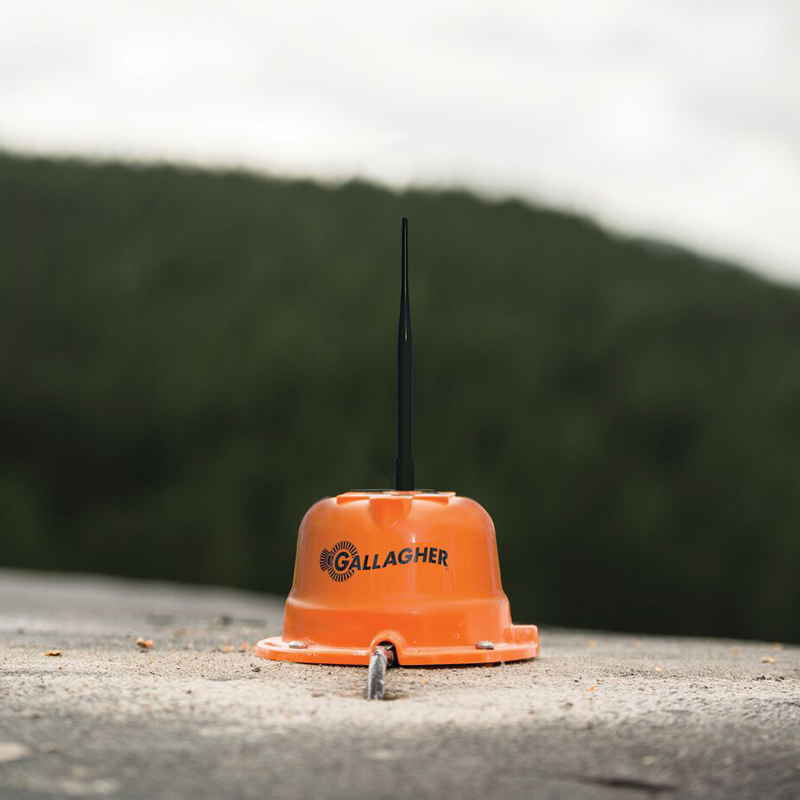 Before the Gallagher system

“Before we had this water-monitoring system, we’d just panic about water generally. This way, the monitor sits on the kitchen counter; I walk past when I’m boiling the jug in the morning and I can see that everything is fine and just keep going to work. I can tell overnight if there’s a problem, rather than having to go and look anyway.”

David and his wife Leonie are part of a family-run operation, with 1,000 breeding Angus cows across four adjoining properties at Bingara, with more country further south. The Southwells fatten calves for feedlots, as well as other markets where the returns are strongest.

“We used to have a lot of windmills and dams. The dams are still in place, but the cattle tend to go and stand in the dam but drink out of the troughs. We don’t have any working windmills on the property now, we did away with the maintenance — it was just too much hassle.”

To replace the windmills, the third-generation farmer set up three separate water systems over time on “Caroda Station”.

The entire system is about 230,000 litres, with three large mother tanks feeding smaller tanks across the property.

“We didn’t do the three water systems at once. It was a big outlay, but you can forget how long we’ve had them in place with no hassles — and they’ve more than paid themselves off in just labour.”

However, there were hiccups.

“We couldn’t be everywhere every day to have a look at the mother tanks, and then if they got down too low it took a while for them to build up the volume again. So we knew we needed a water-monitoring system.”

The Southwells chose a Gallagher Wireless Water Monitoring System (WWMS), with three monitors — one on each mother tank — directed back to a display unit. They've also used an Active Repeater to give extra monitoring “reach”.

The monitor is in the kitchen for easy and frequent observation.

David says, “It’s quite handy sitting there. The way I’ve got it set up is that all the tanks should fill at night when the cattle aren’t drinking. So when I get up in the morning, if the mother tanks aren’t full it means that there’s a leak somewhere, or the pump isn’t working. This way, I know which system has the problem. So that works quite well for me.

“Before this, I’d go around to look at the mother tanks every couple of days in summer. Now I don’t have to go out and check, or go to the tank, or go up on a hill and look through a ball on a stick. This way I walk past when I’m boiling the jug and I can see that everything is fine and just keep going to work. In summer, I’m saving at least a day a week.

“We went with the Gallagher one because Leonie sells them at work — she’s the store manager at McGregor Gourlay Bingara. She said this is the best one, so we bought it! We also run a vegetation-control business, Southwell Contracting, so I work away from home quite a bit and that’s another part of the reason we put it in: Leonie can also look at that monitor and see if there is a problem.”

The Southwells also installed an Active Repeater on one tank.

“One of our tanks is well beyond the 4km range Gallagher recommends, plus it’s out of line of sight. I was surprised that we got any reading out of it at all, but it was reading intermittently. With the Active Repeater, it’s up and running well and now gets reception as good as the rest.”

David says the easy-to-use Gallagher Wireless Water Monitoring system has more than paid for itself in the effect on their management processes and consequent labour saving.

“It’s really just a splash in the pan as far as its cost goes, because it’s nothing compared to labour. I can tell overnight if there’s a problem — and now I only go and check if there is a problem.

“In a nutshell, it’s a management tool that’s been quite good for us. I don’t know how we did without it.”

“Before this, I’d go around to look at the mother tanks every couple of days in summer. Now I don’t have to go out and check, or go to the tank"