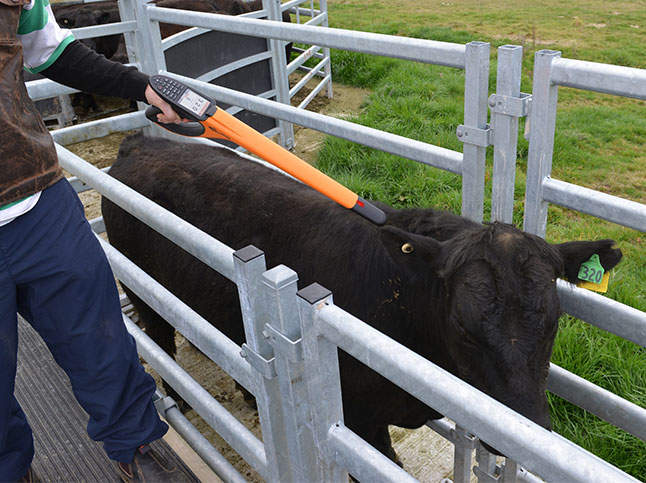 As one of the leading Angus breeders in New Zealand, Tim and Kelly Brittain consider accurate and efficient stock identification a corner stone of their continued success.

The Brittains, who farm 384ha near Otorohanga, on the North Island, established Storth Oaks Angus Stud in 1991 and run about 350 breeding cows.

Kelly says rapid genetic progress has been achieved by buying in top quality Angus cows and making extensive use of artificial insemination and embryo transfer.

The introduction of the AngusPure scheme has helped fuel growing interest in the Angus breed in recent years, and the Brittains have lifted breeding cow numbers to meet the increased demand for their stock.

While they sell some low birth-weight yearling bulls to dairy farmers for heifer mating, the bulk of their customers are beef farmers looking for good Angus cattle that deliver higher profitability.

Kelly, who manages the stud, says the accurate weighing and recording of stock is crucial to the stud’s success since the bulk of their customers are beef farmers looking for good Angus cattle that deliver higher profitability.

The HR5 can record and display detailed information on an animal, including breed, sex, condition score and pregnancy status. It features a 2.8-inch backlit screen and an alpha numeric keypad that enables the farmer to immediately enter or edit animal data without having to return to a PC or weigh scale.

The Brittains use their HR5 in conjunction with a Gallagher TSi 2 Livestock Manager. At calving time they weigh and inspect calves in a cleverly modified calf crate towed behind an ATV. As soon as the calves are tagged, their information is immediately scanned into the HR5 and TSi.

“We scan the tag with the HR5 and then we type in the visual tag number. So if an animal loses its visual tag later, we can still identify it.”

Along with the calf’s weight, the Brittains also enter its sex and the identity of its dam.

Kelly says the HR5/TSi combo means all calves can be weighed and recorded in the paddock, minimising stress to the animals and saving considerable time and effort for staff.

“It just makes things so easy because we don’t have to bring stock back to the yards,” she says.

“We wanted a portable system that was reliable, accurate and could be used by any staff member. Some computer-based products are very complex and can really only be operated by users who are computer savvy, but the TSi and HR5 are both incredibly simple to use. They also eliminate the mistakes that happened when using the old pencil and notebook system.”

Prior to the use of EID technology, the job of calf weighing and recording on Storth Oaks took two people. But now it can easily be performed by one.

The HR5 can be used to identify and view historical information on specific cows or bulls while they are still in the paddock. New notes can be added to the animal’s history at any time.

Kelly says the HR5 is also used for meeting NAIT requirements by identifying stock as they leave the farm.

“It’s great because we can scan stock while they are in the race and without having to put them into the crush, so again it makes the job faster and safer.”

Along with the TSi, she says the HR5 Hand Held EID Tag Reader and Data Collector has made the crucial job of weighing and recording stock much easier and more precise.

“They are both brilliant products and we regard them as very good investments for our operation.

“The HR5/TSi combo means all calves can be weighed and recorded in the paddock, saving considerable time and effort for staff.”