Penguins Get The Point Of Gallagher EID Reader 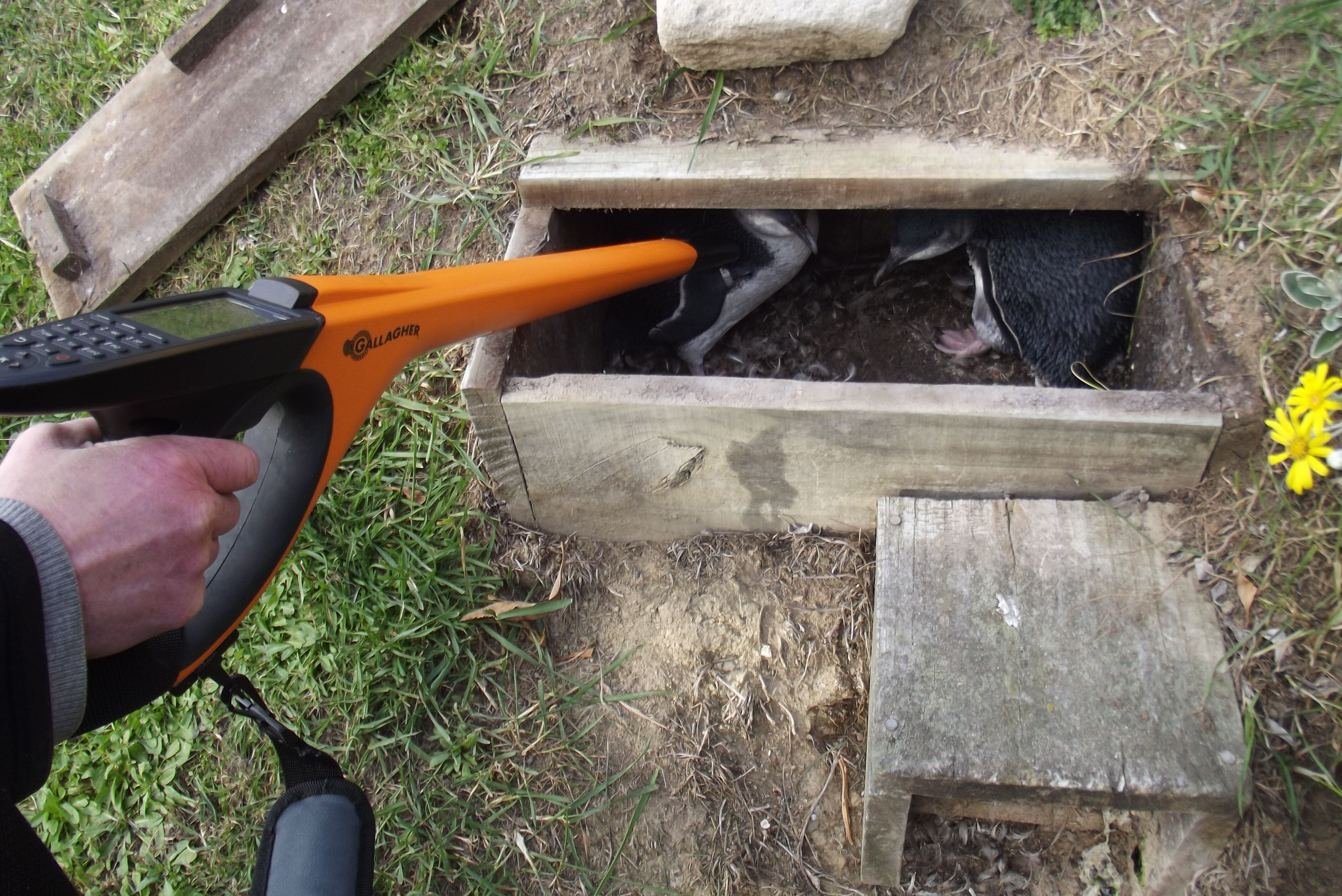 Feathered inhabitants of the Oamaru Blue Penguin Colony are getting used to seeing a bright orange Gallagher HR5 Hand Held EID Tag Reader and Data Collector pointed in their direction.

More commonly seen on dairy units or sheep, cattle and deer farms, the HR5 is helping researchers to identify individual birds living in the colony and track their nesting habits.

Surrounded by Oamaru township, council-owned Oamaru Blue Penguin Colony is managed by Tourism Waitaki and draws 70,000-80,000 tourists a year.  These visitors come to see the penguins relaxing in their purpose-built nesting boxes, or waddling up the beach after a hard day's fishing.

Scientist Philippa Agnew has been studying the foraging habits of the penguins as she works her way towards a PhD in marine science.

New technology has made the job much easier. An increasing number of the adult penguins are fitted with transponders – tiny microchips which are very similar to those used in cats or dogs. Transponders are injected under the skin between the penguin's shoulder blades.

Philippa uses it for identifying birds along the coastline. The HR5 can record and display detailed information on each penguin. It also features an alpha numeric keypad that enables her to immediately enter or edit data.

She says the HR5 gives a precise EID reading and cuts out the manual work and potential misreading errors associated with the old pencil and notebook system.

"It's very comfortable to hold and easy to read. You just point the HR5 at the penguin and its identification details come up on the screen."

Philippa keeps the end of the wand about 10-12cm away from the transponder, minimising disturbance to the bird.

Transponders have been used since 2010 and are much easier to read than the older identification bands fitted to the flipper.

"It's harder to get a reading from the bands because usually the nesting penguin will have their flippers tucked away underneath them. But the HR5 has a lovely smooth finish and can be used to give the bird a gentle nudge so I can get to the band."

Philippa says she still uses notebooks for recording in some situations, but not as often as she used to.

"The HR5 has certainly made the job a lot easier."

The HR5 is used in tandem with two permanent readers that are installed along a corral-type fence on the coastline and register the identification of each bird as they head towards their nesting boxes. This helps Philippa determine which birds are out foraging and for how long.

Though not on the endangered list, Blue Penguin numbers are declining worldwide. But not in places like Oamaru where they are carefully protected. No dogs are allowed near the penguins, and predators such as stoats and ferrets are trapped. About 500-600 nesting boxes have been provided for two colonies of penguins across the 2ha site. Some of these boxes have viewing tubes that allow visitors to see inside without disturbing the birds.

Given half a chance, the female Blue Penguin will produce up to four chicks a year.

Philippa says the Oamaru Blue Penguin population is growing by about 10% annually, and the two colonies now total around 1000 birds.